Installations or single pieces of both monumental or more intimate dimensions, the works of Perrin & Perrin often partake in a aesthetic series. Their interest in glass work began in the 90s. In the early 2000s, in artist residency at the Musée départemental du Verre in Sars-Poteries, they developed the Build-in-Glass method. Consisting in the superposing and fusion of glass trapezes, this technique allows the artists to create a unique and complex material in which they can introduce pigments, creating transparent and opaque zones. Very close to stonework and chiseling, they work by creating a solid block of glass and slowly revealing its form. Searching, decomposing in order to recompose: this is how they build the essence of their work. For Version Originale they offer an installation of several enormous glass rings which suggest a possible interaction with the viewer.

Perrin & Perrin came progressively towards glass. After opening a ceramics workshop, they studied calligraphy. Their research into glass began in 1995 around the topic of writing. It then extended to all fields of thought: philosophy, poetry, musicology… Perrin & Perrin are represented by the  Negropontes gallery in Paris.

The work of Perrin & Perrin was presented in the 2004 FIFMA through the film Pour une surprise ce fut une surprise. 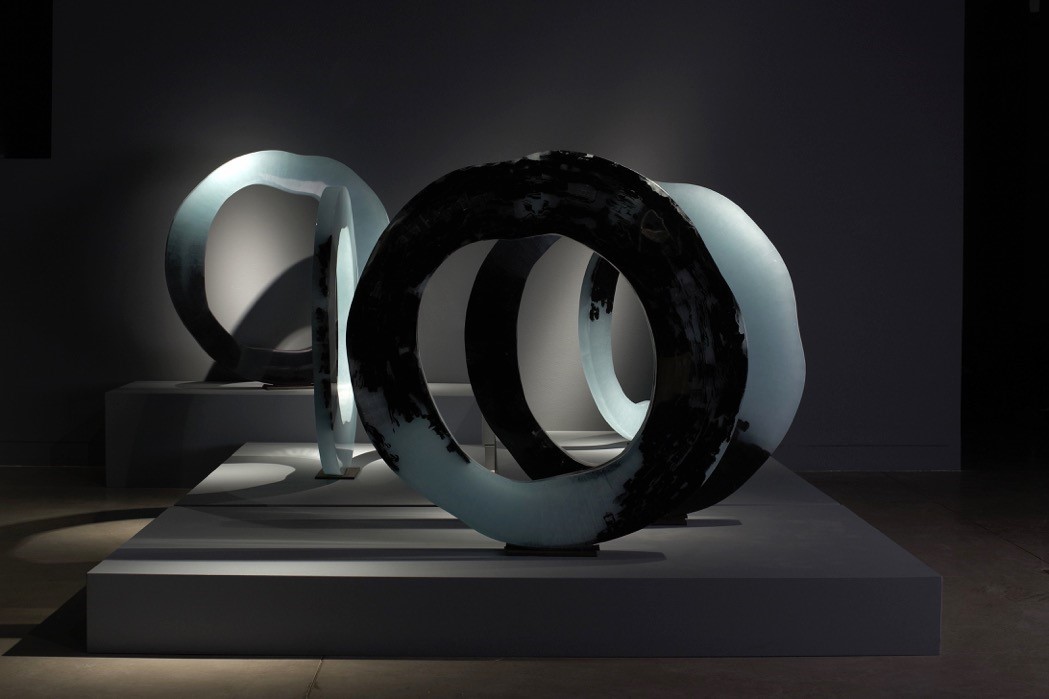