The work of Ysabel de Maisonneuve is an endless exploration of space and mouvement, a search into the ability of a textile to transmit the memory of mouvement, to make its energy apparent through the colored lines of shibori, to render this energy visible, to illustrate the intangible. The path of Ysabel de Maisonneuve was born of her passion for movement and dance, which has inhabited her since childhood. She “met” textiles during her time in the École des Beaux-arts d’Angers, on the occasion of a research project on the theme of the spider and its web. Thus, cloth became a path of creation for Ysabel de Maisonneuve. In 1993, then in 2003, invited by the Japan Foundation, she learned the technique of shibori from a family of Japanese cloth-dyers. This savoir-faire allowed Ysabel de Maisonneuve to discover and become a part of the memory of an ancient past, to “imprint in the cloth a moment for eternity”.

Both a set designer and a textile artist at the same time, Ysabel de Maisonneuve lives and works in France. In the theatre she has collaborated with Ariane Mnouchkine, the Théâtre du Frêne, Peter Brook, Yoshi Oida and Russell Dumas Dance. Her colorful research is solicited by Balenciaga and Christian Lacroix. Her textile creations and collections are sold in Paris, Rome, New York et Tokyo… The work of Ysabel de Maisonneuve was the subject of the film Feu, eau, air by Anne Murat and David Bart, presented at the 2016 FIFMA. 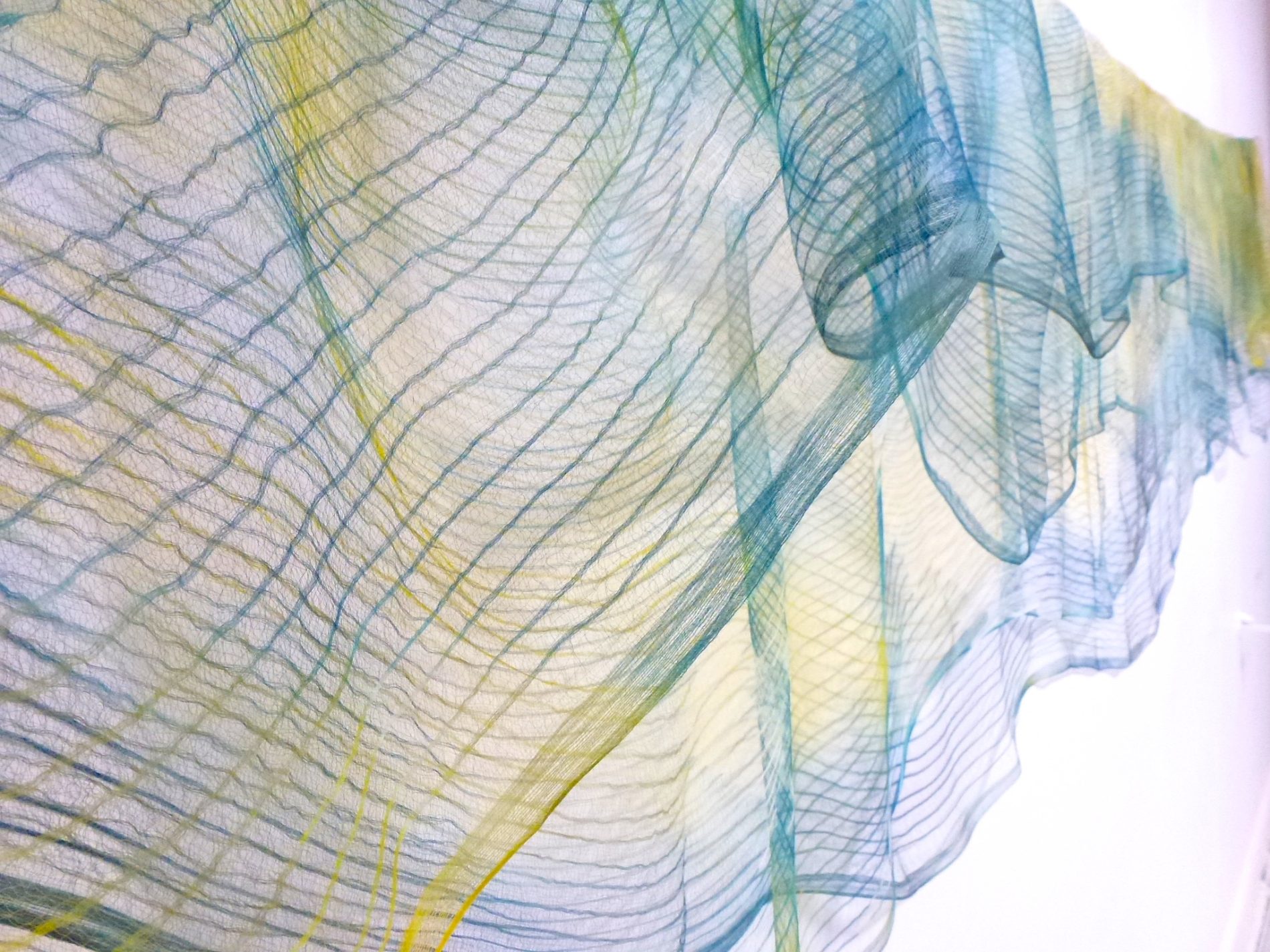