France’s National Centre for Visual Arts (Cnap) and National Ceramics Museum in Sèvres joined their areas of expertise to work on a potentially surprising cultural project alongside graphic designer Malte Martin and the residents of Val Nord and Val Sud on the outskirts of Paris. In this suburb of Argenteuil, declared a “Priority Security Zone” by the French government, a shop-cum-workshop called “Super Val” opened in February 2018. 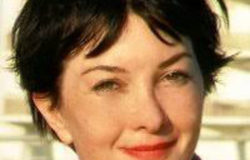